Hyper, Hyper – One of Europe’s biggest electronic festivals celebrates its 20th anniversary and announces the biggest techno band of all time as its first act

The 20th anniversary of the AIRBEAT ONE Festival will be a spectacular one! More than 300 of the best DJs and acts will jet from all over the world to the tranquil town of Neustadt-Glewe in Mecklenburg-Vorpommern to congratulate one of the biggest electronic music festivals in Europe from 12 to 16 July 2023. The guest list will include more than 65,000 visitors per day from over 50 nations, making the four-day open-air event under the motto “Home Edition – Germany” a bombastic location for groundbreaking event productions.

Thematically, the anniversary edition of AIRBEAT ONE will revolve around Germany, the home of the mega-festival. Accordingly, the first acts announced for 2023 will also come from here. With Scooter, the biggest techno band of all time will be flying into the airfield in Neustadt-Glewe. “Hyper Hyper”, “Move Your Ass” “Endless Summer”, “Friends”, “I’m Raving”, “How Much Is The Fish”, “Ramp (The Logical Song)”, “Nessaja”, “Maria (I Like It Loud)”, “FCK 2020” – the list of Scooter smashers could be continued endlessly. The band around frontman H.P. Baxxter has been rocking since 1993, sold more than 30 million records in over 50 countries and been showered with music awards. Every Scooter concert is a total tear-down, escalation guaranteed. In 2023, H.P. Baxxter will tear down the main stage of the AIRBEAT ONE Festival with his shouts- “God Save The Rave”!

VIZE are the next German chart smashers coming to Neustadt-Glewe. The DJ & producer duo gained international attention with their singles “Glad You Came”, “Stars” and “Never Let Me Down (& Tom Gregory)”, established the genre of slap house and have since become an integral part of the worldwide dance scene. Collaborations with Felix Jaehn, Tujamo, Imanbek or Alan Walker, remixes for Sam Feldt, Timmy Trumpet, Afrojack, Joel Corry, Dimitri Vegas & Like Mike, Jax Jones and Clean Bandit and entry into the renowned DJ Mag Top 100, what a rise. In 2022, the Terminal Stage almost burst when VIZE played. That calls for more, and so VIZE can’t be missing from the anniversary.

In the recent DJ Mag Top 100 election, Nora En Pure landed her highest ranking at number 57. The Swiss-South African DJ and producer is known for her sensitive, emotional songwriting and musicality, which she brings to her EDM and deephouse sets around the usual dancefloor drops and big breaks. This should be a perfect sundowner set at the airfield in Neustadt-Glewe.

Last but not least in the First Artist Announcement of AIRBEAT ONE 2023 is Sickmode. In 2019 Aleandro Bollino aka Sickmode started to conquer the stages with his own unique sound. Since then, he has been bringing a fresh sound with exclusive style to the hardstyle scene with tracks like “Too Cold” and “One And Only”. Fans of the harder music sounds will be able to convince themselves of that next year.

AIRBEAT ONE has long since become a global player and plays a leading role as an event worldwide. The “Mainstage” is the epochal highlight of the AIRBEAT ONE Festival every year. With gigantic dimensions of up to 180 meters wide and 50 meters high, it is the absolute eye-catcher, elaborately designed with absolute attention to detail. And the music: as diverse as the festival itself. From EDM to trance and progressive – from hardstyle, hardcore and gabber to techno, minimal, house, psytrance and goa. Every lover of electronic sounds will find their floor here.

AIRBEAT ONE 2023 will be a festival of superlatives. No one should miss this anniversary. Tickets? They are already available. The 3-day ticket costs 149.99 euros in pre-sale phase 1. For 100.00 euros more, you can be a VIP guest at the anniversary (249.99 euros). All information at tickets.airbeat-one.de. 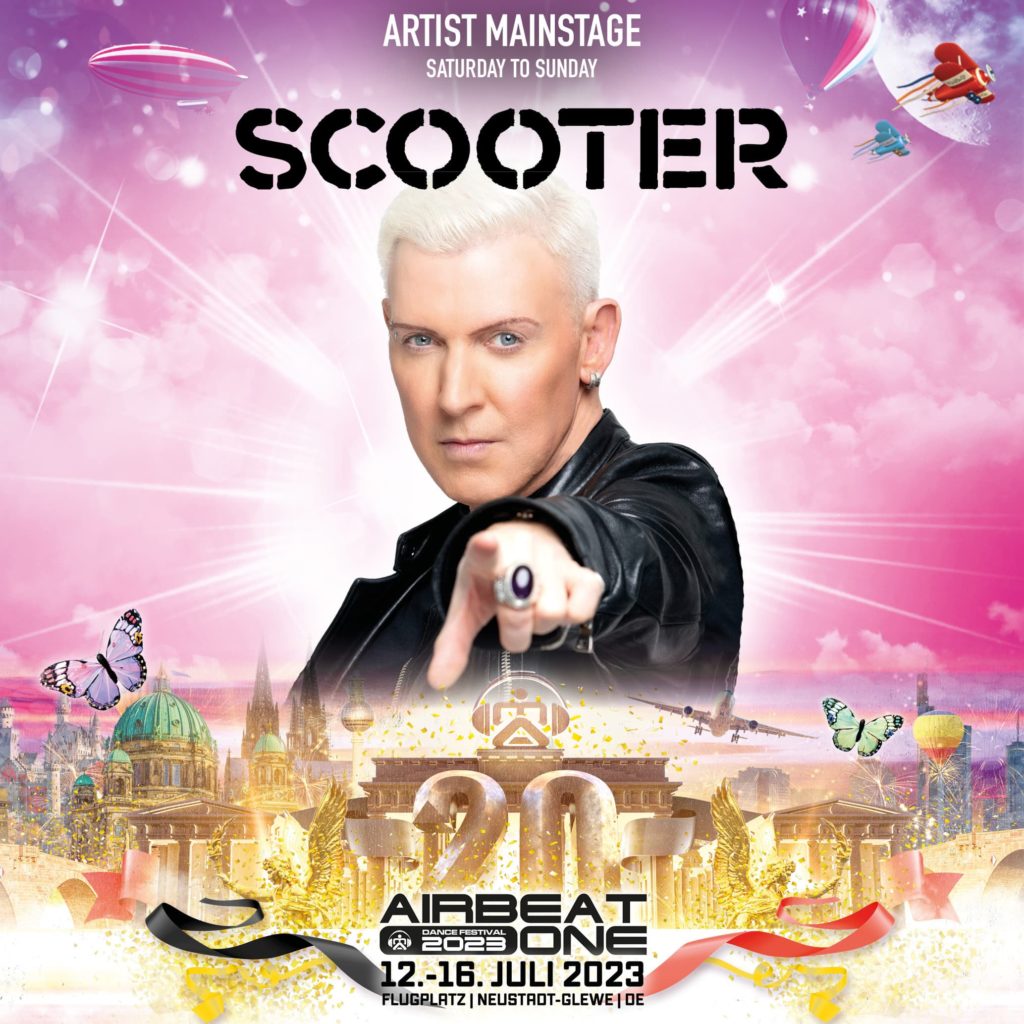