We bring you Vini Vici to Hamburg’s Docks! The successful representatives of the psytrance genre are finally coming back to Northern Germany after a successful festival summer. On 12 November 2022 they will bring the Hamburg Docks to tremble. The doors will open at 23:00.

Behind the stage name Vini Vici are Aviram Saharai and Matan Kadosh. They have been working together since the early 2000s, for example as part of the music project Sesto Sento. Even then, their focus was on trance music. With Vini Vici, they want to reinvent the old-school sound through futuristic influences. The success of the two Israeli musicians speaks for itself, as they already won several awards. They debuted with the songs Divine Mode and Trust in Trance in November 2013, followed by their debut album Future Classics 2 years later. With their music they already delighted thousands of visitors of this years Indian Spirit, as well as at the AIRBEAT ONE Festival. They are an unquestionable part of the psytrance scene and their shows are characterized by authentic and intoxicating sounds. At their performance in Hamburg you now have the chance to experience them live. 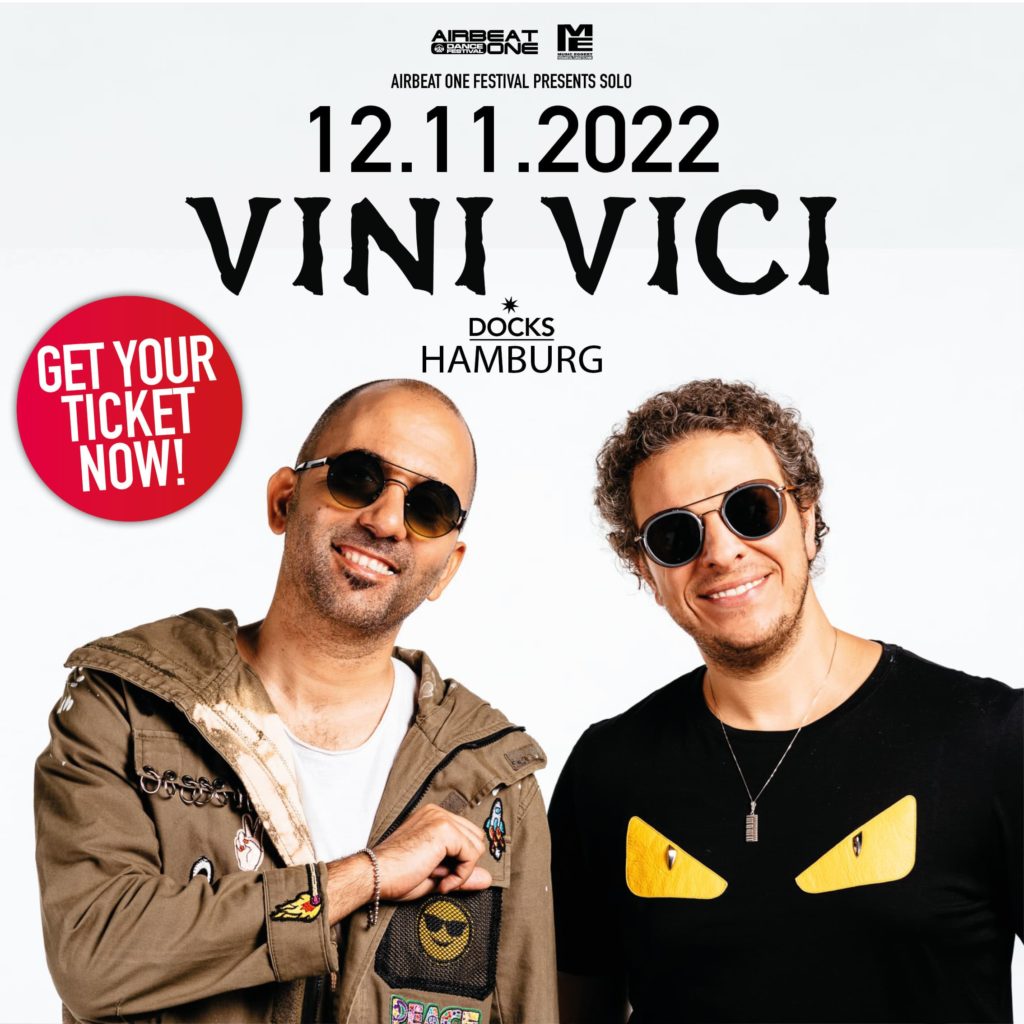